The Laureates
Polar Talks
About the Prize
Press

The story behind the Polar  Music Prize

The Polar Music Prize was founded in 1989 by the late Stig ”Stikkan” Anderson, one of the true greats in the history of popular music. As the publisher, lyricist and manager of ABBA, he played a key role in their enormous success. Its name stems from Anderson’s legendary record label, Polar Music.

The Polar Music Prize is one of the most prestigious and unique music prizes in the world, crossing over musical boundaries and awarded to individuals, groups and institutions in recognition of exceptional achievements.

Music has no boundaries – it touches,  influences and changes the world.

Where it all began

When, in 1989, Stig Anderson donated MSEK 42 it was with the intention of endowing the world’s biggest music prize, and that is exactly what he accomplished.

The donor’s breadth of musical vision, characterized by an insistence that it is not only “good” music in the conventional sense which deserves to be rewarded, because “good” music can mean such a wide variety of things, is reflected by the statues of the foundation. Without any restrictions of nationality, the prize is to be “awarded for significant achievements in music and/or musical activity, or for achievements which are found to be of great potential importance for music or musical activity, and it shall be referable to all fields within or closely connected with music”.

In 1992, one of the two first Polar Music Prizes went to Sir Paul McCartney for his achievements in popular music, the field in which Stig Anderson himself had achieved the successes enabling him to endow the prize in the first place. The Laureate received MSEK 1 of which he donated part to a hospital, while using the other to help in the setting up of a Performing Arts School in his native Liverpool. The other prize that very first year went to each of the three Baltic states of Estonia, Latvia and Lithuania, which received MSEK 1 towards the establishment of performing rights organizations, corresponding to e.g. STIM in Sweden, SACEM in France and ASCAP in the US.

The Polar Music Prize is globally unique through its combination of breadth and size. Laureates from a wide range of countries, cultures and continents have since 1992 received the Prize in Stockholm from the hands of HM King Carl XVI Gustaf.

Anderson started as a composer and lyric writer and had his first song published in Sweden in 1950, when he was 19 years old.

During the 50s he wrote several songs, a number of which became minor hits. His first very big success, in 1959, was Klas-Göran, which gave him golden records not only in all the Nordic countries, but also for instance in Holland (Rockin´Billy).

At the end of the 60s Sweden Music, Anderson´s company, was the biggest pop music publisher in Scandinavia. Anderson understood early that he also needed a record label as a complement to his publishing activity, so he formed Polar Music and had successes with local artists during the 60s.

The big international break came with a Swedish group he came to call ABBA. He was their manager and lyric writer and in 1974 they won the Eurovision Song Contest in Brighton, England, with a song called "Waterloo." The rest is history.

In 1989 he sold his companies to Polygram, but Anderson was still Chairman of the Board for Sweden Music AB and Polar Music International.

Anderson received many Swedish and international awards during his years. For example, he was an honorary member of The Royal Swedish Academy of Music, which was founded in 1771. However, the international award he was most proud of was the Billboard Magazine’s “Trendsetter Award.” Such a distinction had only been presented to one European person before Stig Anderson, and that was Brian Epstein, The Beatles’ manager.

Stig "Stikkan" Anderson and his daughter Marie, mid 1970s. Marie Ledin (b. Anderson) was appointed MD of the Polar Music Prize in 2008.

Stig Anderson had a belief and a vision. Music has no boundaries. It touches, influences and changes the world. The quality of a musical work is independent of its genre, source or conformity with prevailing trends. When great musicians get together, they speak the same language and find more similarities than differences.

Anderson knew all that when he donated 42 million Swedish kronor in 1989 and paved the way for the Polar Music Prize.

The endowment is now managed by the Stig Anderson Music Award Foundation.

The task of scrutinizing nominations and selecting the ultimate Laureates is undertaken by an independent 11-member Award Committee comprising of experienced members of the music industry, representatives from the Anderson family, musicians, and previous Laureates. The committee receives nominations from the public as well as from the International Music Council, the UNESCO founded NGO which promotes geographical and musical diversity.

Anderson wanted to reward extraordinary achievements in the world of music, as well as provide a unique venue for world artists with different musical platforms, which is now the aim of the foundation.

Thus, Anderson’s vision of providing a unique venue has been realised. 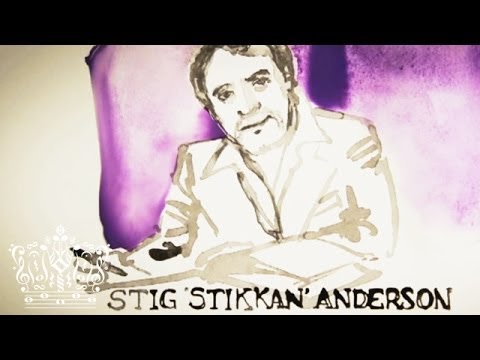 The story of Stig "Stikkan" Anderson

Patti Smith, Laureate of 2011 and Marie Ledin, MD of the Polar Music Prize in Stockholm, August 2011. 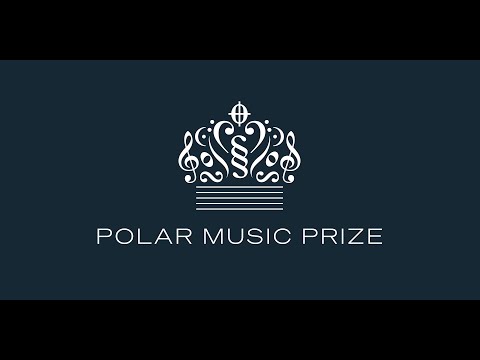 In the mid 2000s, the Award Committee started to establish links with senior advisors from previous Polar Music Prize Laureates, such as Renée Fleming and the late Ennio Morricone. In 2018 a new collaboration was been established with the International Music Council, in order to further promote geographical and musical diversity in the selection process.

Members of the board

The Polar Music Prize is awarded for significant contributions in any area of music, in line with the guidelines of founder Stig Anderson.

The composition of the Award Committee for the Polar Music Prize reflects the full spectrum of musical endeavor and is intended to represent a wide range of expertise as well as authority and integrity.

As in previous years, the Award Committee has, apart from its members’ own nominees, in addition also received nominations from a growing number of private individuals. These nominations, too, are taken into consideration in the work of the Award Committee, before it reaches its final decision. The increasing interest has not made the work of the committee easier, but the certainty of having made the right choice more evident.

The committee´s assignment and dedicated work, going through in-depth discussions showing what shifts below the surface, has culminated in a unanimous decision on this year’s fantastic laureates.

Thomas Johansson at the announcement in the Stockholm City Hall 2015.

Dinner with Laureates, board members and Award Committee at Hesselby Castle 2019.

Members of the Award Committee